It’s business as usual at the Arcades pharmacy in Berlin. Customers come and go – many of them parents looking to stock up on medicine used to combat fever and pain, which can also be a problem with a COVID-19 infection.

For young children who cannot swallow pills, there is a sweet-tasting juice containing paracetamol or ibuprofen. Normally, more than 10 million small bottles of this medicine are sold every year. Now, however, the shelves are starting to look empty.

“Paracetamol juice was already starting to get a little scarce at the start of the year,” says a chemist, who did not want to give her name. “Meanwhile, we are out of stock of ibuprofen juice, as well as nasal spray. And supplies of fever suppositories are running low.”

Moreover, she adds, there is no improvement in sight: “We have stocked up for the winter, which means coordinating deliveries now. And what we’re seeing is that all contracts for pain and fever medication for children have been cancelled.”

This Berlin pharmacy is one of many out of stock

The Berlin Pharmacy is no exception: supply shortages are impacting the entire country. More and more desperate parents are taking to social media to share their plight as they fail to bring down their children’s fevers or fight painful fever cramps.

Pharmaceutical companies are failing to make their planned deliveries due to booming demand coupled with a shortage of raw materials.

After the relaxation of anti-COVID-19 restrictions such as compulsory mask-wearing, German pediatricians saw many children suffering from respiratory diseases and runny noses. And pharmacies have seen their customers buy inventory after media reports of severe bottlenecks in supply chains and delays in delivery times.

The pharmaceutical industry is currently facing supply chain issues and a lack of skilled workers. But for years they have not made money producing painkillers for children. Health insurers pay €1.36 ($1.39) for a bottle of paracetamol juice. The same amount as ten years ago.

“Rapidly rising prices for active ingredients and production have turned the production of drugs like paracetamol juice into a loss-making business,” complains Andreas Burkhardt, chief executive of pharmaceutical company Teva. “No company can sustain this long term.”

The pharmaceutical giant Ratiopharm still produces such drugs. But now they have also canceled winter storage orders. Due to “unexpected and massively increasing market demand” and “increased delivery delays among our active ingredient manufacturers”.

Where it leads when important drugs are no longer available became clear earlier this year with the breast cancer drug Tamoxifen — a drug for which there is no substitute and which many patients with chronic diseases urgently need.

There too, there were serious bottlenecks partly triggered by manufacturers who had pulled out of production, citing cost pressures. 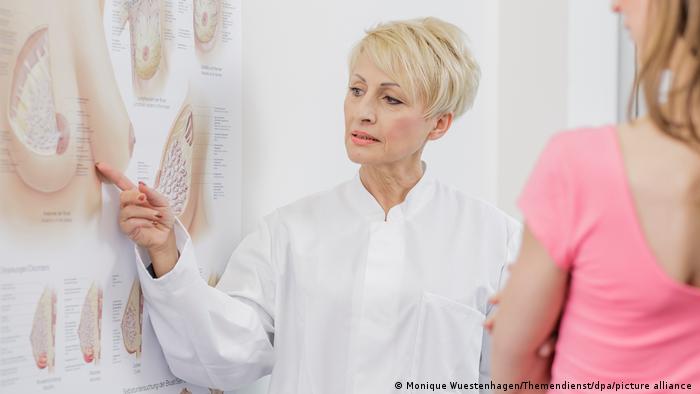 Germany is experiencing a shortage of tamoxifen, a drug for breast cancer patients

In February, the German Federal Institute for Drugs and Medical Devices (BfArM) intervened and ordered that, in view of the urgency, tamoxifen drugs can now also be imported from abroad. This does not solve the supply problem; the next shortage is expected for the second half of 2022.

Chemists mix their own potions again

The German BfArM currently lists more than 260 drugs that are currently not available in Germany. These include common antibiotics, thyroid medications, blood pressure medications, as well as drugs that hospitals urgently need. In some cases, pharmacists guarantee supply by producing their own medicines. But for this they still need the right raw materials.

“The raw materials are traded globally and there are often only a few producers of a single active ingredient, mainly in Asia. If there is for example a problem in a factory in China, or a country imposes a trade embargo, then many producers are subsequently affected,” says Ursula Sellering from the German Federation of Pharmacists. 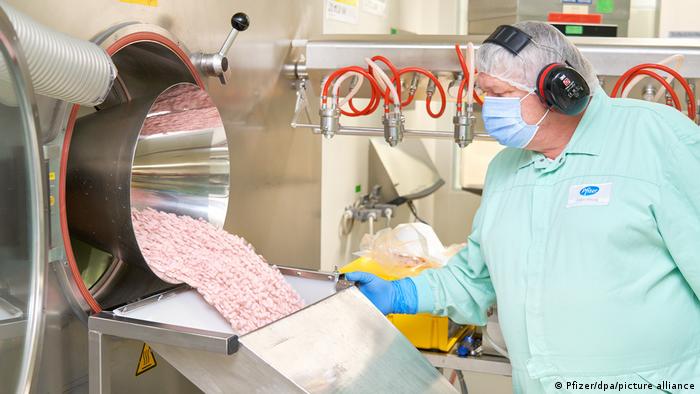 Currently, we are making a lot of money with anti-COVID-19 drugs, such as Paxlovid

Paracetamol, too, is currently difficult to obtain on the world market. “However, if a pharmacy still has stocks, they can also produce their own anti-fever medication,” says Sellering.

This is how it is likely to stay, he warns. “The production of drugs takes time and there is a lack of staff in pharmacies and other sectors.” Not to mention the fees.

Andreas Burkhardt of pharmaceutical company Teva is calling for ‘systematic financial pressure’ to be eased, especially for critical drugs that are only produced by a few manufacturers.” The contracts under which health insurance companies pay Fixed amounts, he says, should be suspended until more new competitors can re-enter the offering.

This is not in sight, at least not according to the current ideas of the Federal Ministry of Health. The plan, it seems, is to extend the status quo – until 2026.

This article was originally written in German.

While You’re Here: Every Tuesday, DW editors summarize what’s happening in German politics and society. You can sign up for the weekly Berlin Briefing email newsletter here.